This message will be displayed across all pages 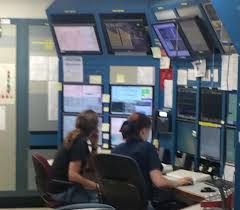 Alarm management systems promise to improve situational awareness, aid operational staff in responding to upsets and reduce downtime. Many control rooms, including accelerator control rooms have been challenged in achieving this goal.

Lessons Learned for a Decade of Alarm System Deployments

Be it for power plant or partial accelerators I have been involved various attempts to develop these types of systems focused on software features and capabilities.  In most cases that approach has not generated the right operator experience or the desired outcome.  Only after changing gears and instead focused on human factors engineering techniques and the associated response processes to the alarm have I seen alarm management strategies truly effective.  Aspects of ISA 18.2, EEMUA 191 and NREG-700 standards are truly a good starting point.

The following paper describes the use of the CSS BEAST alarm handler software in a project that I was involved in where we achieved the desired outcome:

The concepts presented in this block is based on a presentaiton I gave in ICALEPS 2013 in San Francisco:

Industry standards are always a good starting point.  As NREG-700, ISA 18.2, FEMUA 191 gain increased adoption we are seeing an increased focus on human factors engineering being adopted by these types of projects.  These standards define a sound approach.  These are several key concepts that I have personally found to be key and they form the basis of this blog.

Are you sure you want to empty the cart?